The time had come for the annual trip over the Peak District to take part in Richard Crawley's fantastic Crisis Point Weekend Game. This years game was a continuation of last years 1918 Struggle for Andreivia game with various nations and factions fighting for control of the countries Capital Tcherbevan.

Friday afternoon saw myself, Richard C, Mark J, Andy C and Ian S meet at the hall to start setting up the H shaped table. One of the highlights of this weekend is to play over some superb terrain and see the excellent figures painted up by the players. 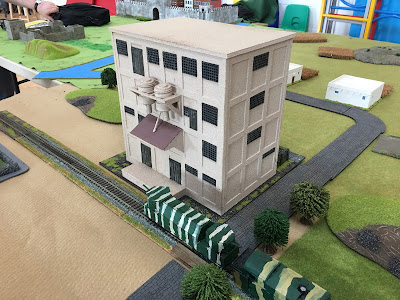 The outskirts of Tcherbevan with the railway and warehouse 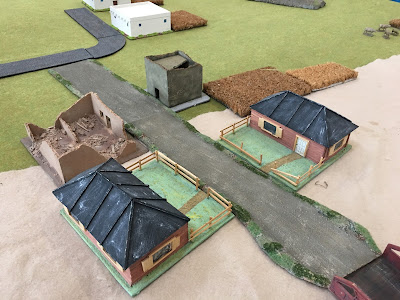 The village of Syuni that was going to be the scene of some heavy fighting. Situated at the head of the Tuzkhur Valley on the edge of the Southern Hills. 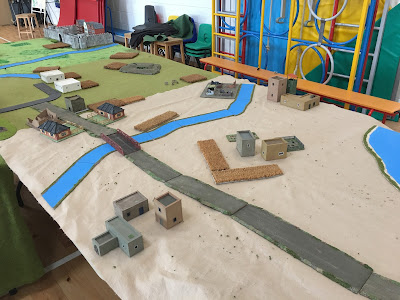 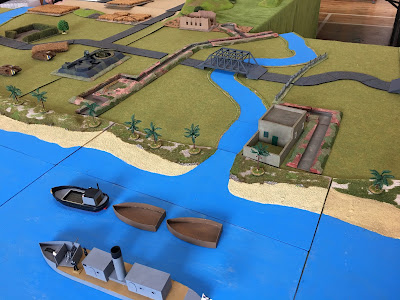 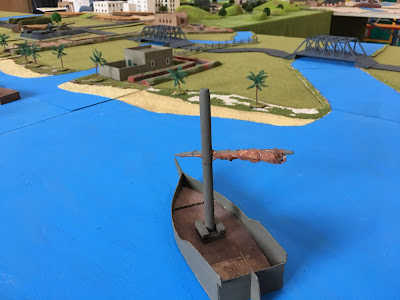 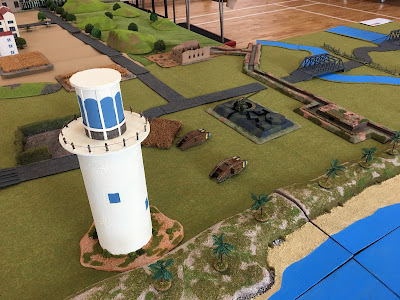 The Lighthouse at Kvish 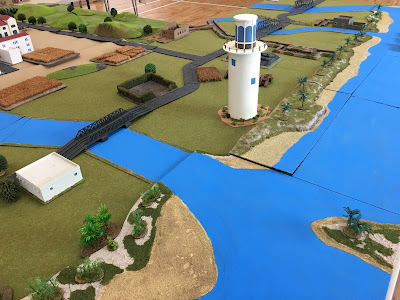 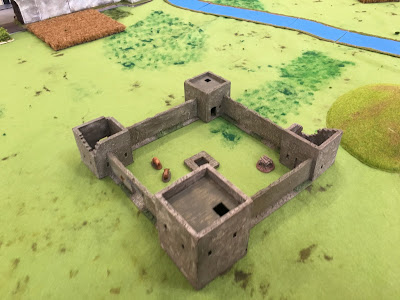 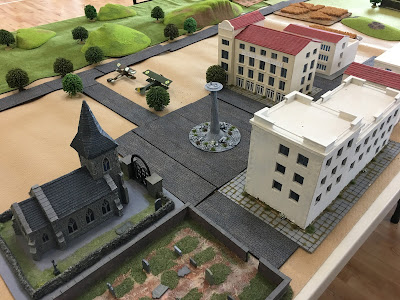 Tcherbevan, the main objective for all! 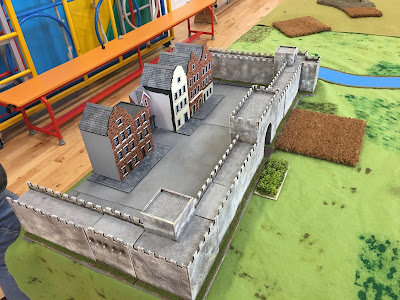 The walled city of Kedelkalak in the Northern Hills 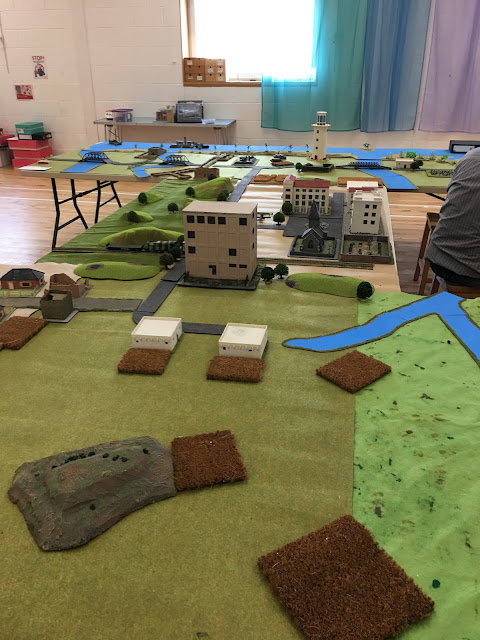 Looking west towards Tcherbevan with Kucuk in the foreground

So the scene was set and with a bit more setting up to do when the other players arrived on Saturday morning it was time to book into the wonderful Padley Farm B&B and then head off into the village for some food and a pint or two of Farmers at the Royal Hotel.