After another hearty breakfast at the wonderful Padley Farm B&B we again headed over the road to the hall to see what Sunday had in store.

After a brief redeployment due to some overnight operations and the unfortunate lack of the Woosterforce commander (Rob) due to car trouble we were ready to commence. The theme of Sunday was centred around Tcherbevan, the capital of Andreivia, as forces advanced from all directions. Overnight Woosterforce had managed to reach the outskirts of Tcherbevan and occupied the Mill and also managed to man the armoured train which was to provide some much needed artillery support. Leo took command in Rob's absence and a detachment was transferred to the command of the Andreivian Minister of War Solomon Rubenstein (Tom). I again took the role of Major General Roderick Spode commander of the British forces in Tcherbevan. 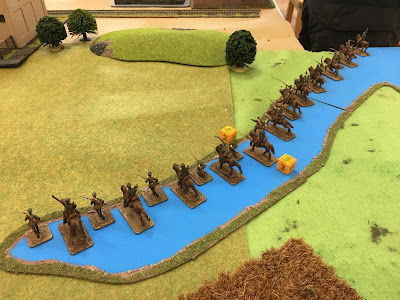 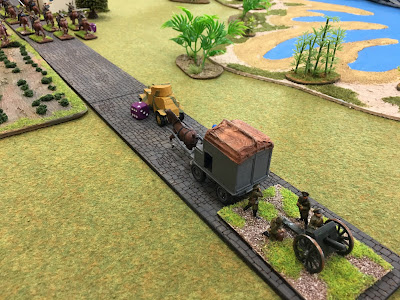 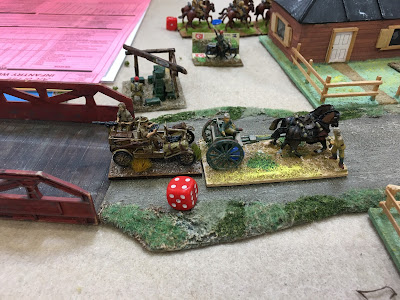 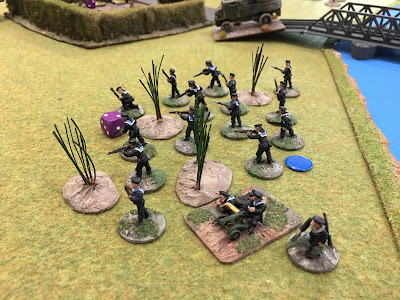 Some more of the Transcaucasian Soviets advance through the elephant grass 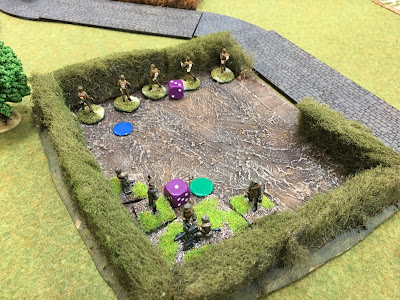 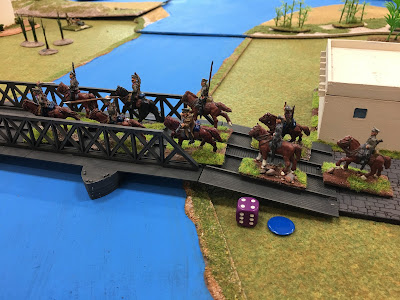 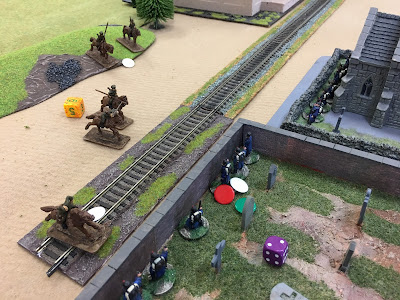 Meanwhile in Tcherbevan the White Russians have begun their attack on the English Church and the graveyard. The Andreivian Police put up a stout defence causing heavy casualties on the cavalry. 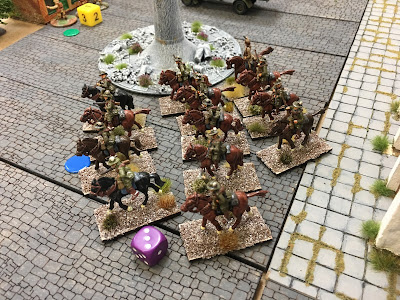 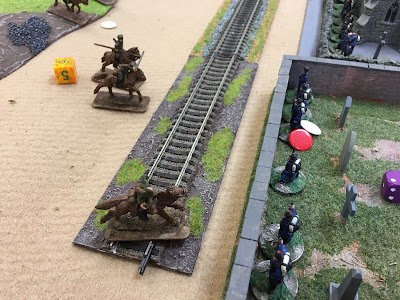 Again the Police hold against another cavalry assault 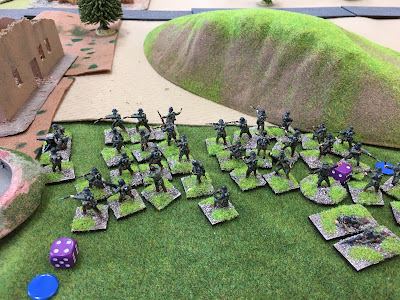 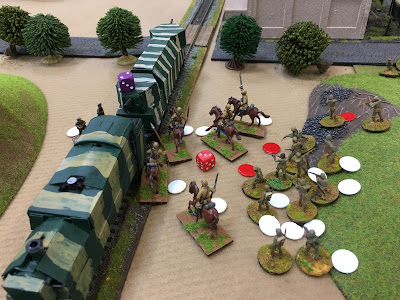 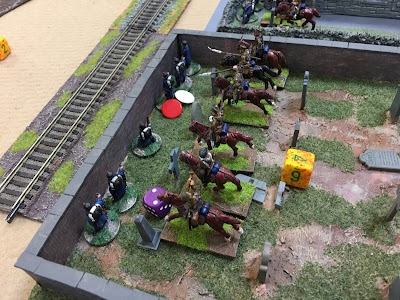 Cossack cavalry have managed to get into the city (Mark J played his Joker Card) and immediately charge into the rear of the Andreivian Police holding the Church. The Police put up a valiant defence but eventually broke and surrendered. The Cossack commander immediately ordered his men to massacre the Police where they stood. An action that has gone down in Andreivian history and is remembered annually at a service held in the English Church and a memorial to the fallen was erected on Culture Ministry Boulevard (more on this in a later post) 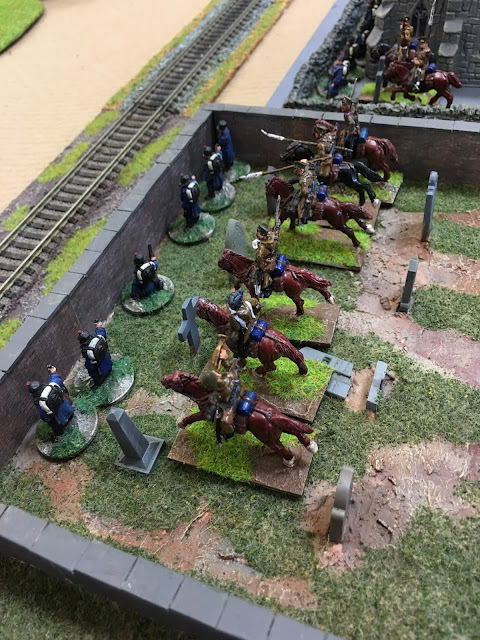 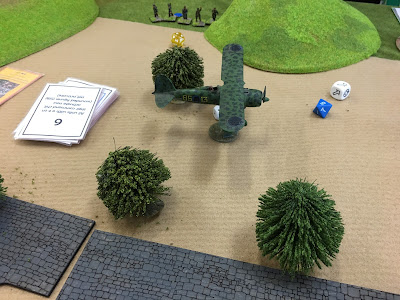 A Turkish aircraft enters the table but is driven off by machine gun fire from within Tcherbevan. That'll teach him to fly at tree top level! 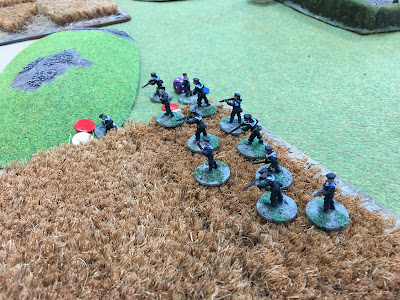 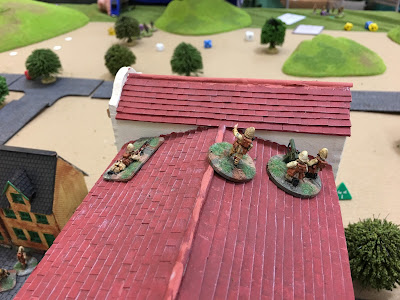 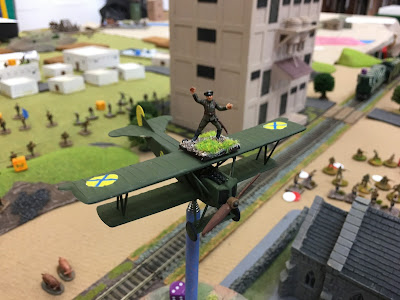 The Hero of Andreivia, Solomon Rubenstein, partakes of a little wing walking to inspire the defenders of Tcherbevan.

At this point we had to stop to allow time to pack up and head home. As the Oracle of Andreivia himself says in his blog https://thelandofcounterpane.blogspot.co.uk/2018/04/crisis-point-2018.html
"So who won in the end? You know what? I really don't care; it was a great weekend and we got some enjoyable gaming and good socialising under our belts."

Finally I took some photos of some of the amazing figures, vehicles and scratch builds that some of the players brought along. 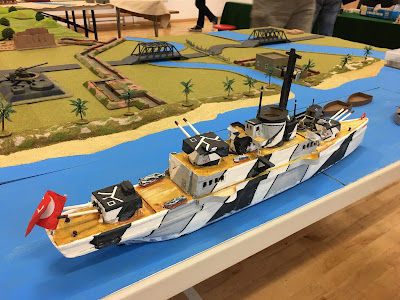 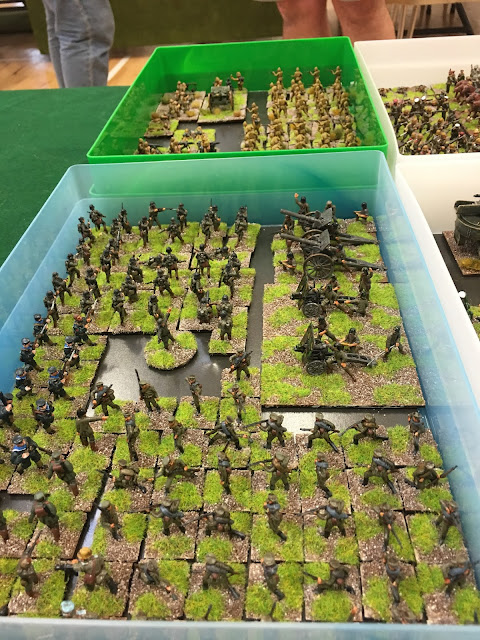 Some of Andy C's wonderful collection. Check out his blog for more info on the game and these forces http://sedimentswargameblog.blogspot.co.uk/2018/04/crisis-point-2018-day-1.html#comment-form 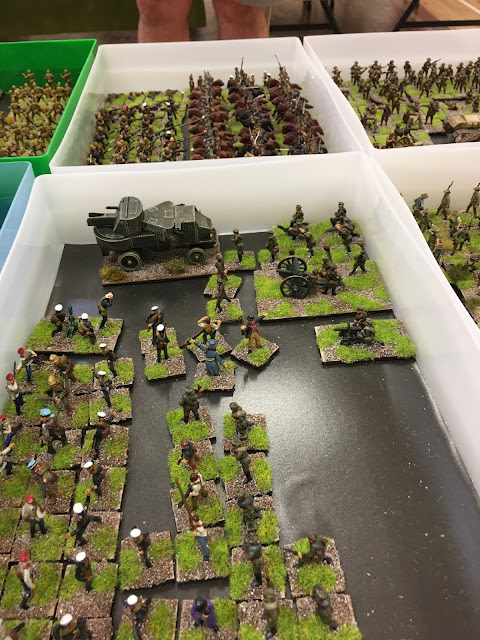 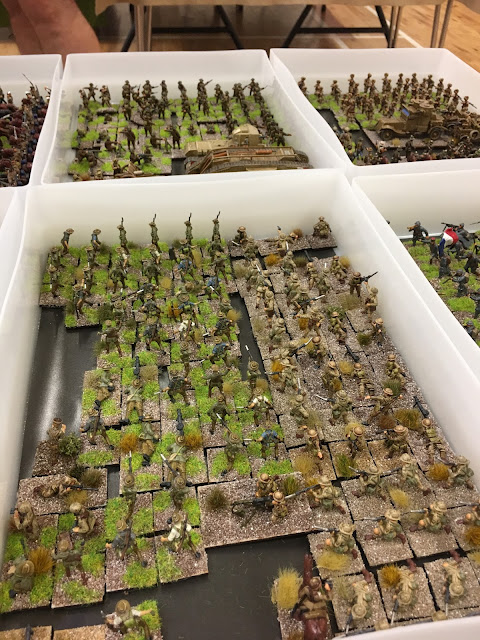 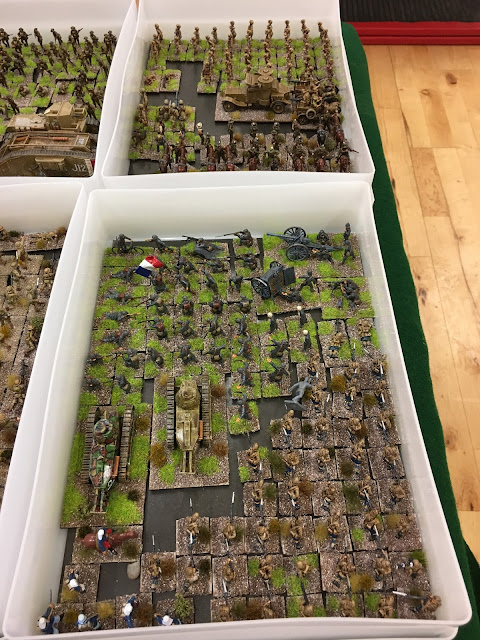 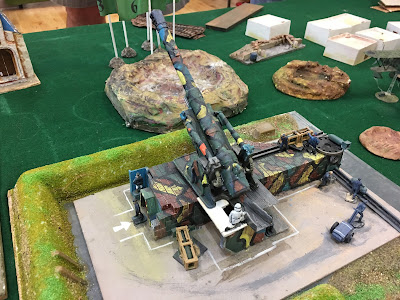 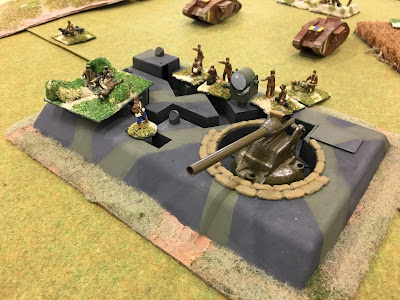 The Oracle of Andreivia himself, Richard C, made this gun emplacement from the old airfix model plus a diecast gun 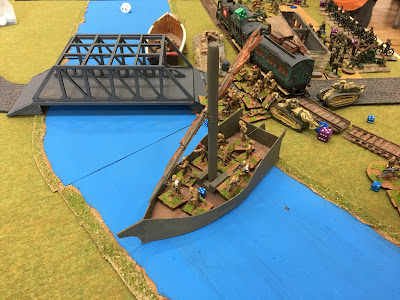 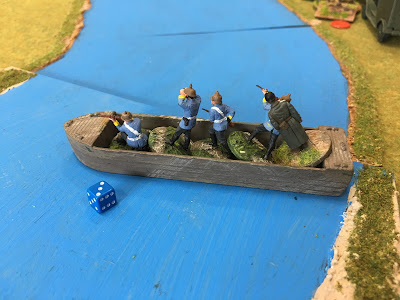 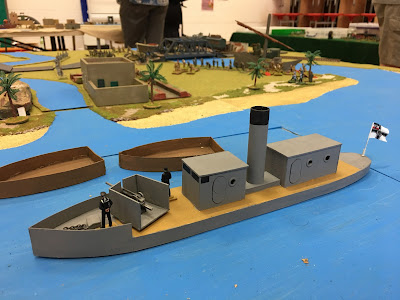 Scratchbuilt German Gunboat from the collection of Richard C

As always thanks for looking. Take care :-)