In Part Two I just posted all the photos from the weekend. In Part Three and Part Four I plan to detail the exploits of Major General Roderick Spode - Commander British Forces Tcherbevan.

My small British forces were initially deployed in Tcherbevan alongside the Andreivian National Police commanded by Tom Davis. 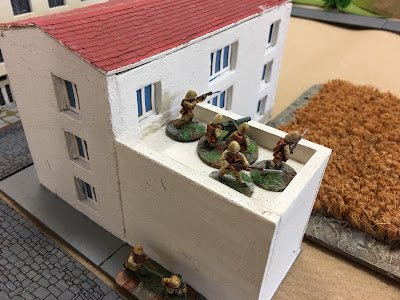 British forces deployed on the outskirts of Tcherbevan 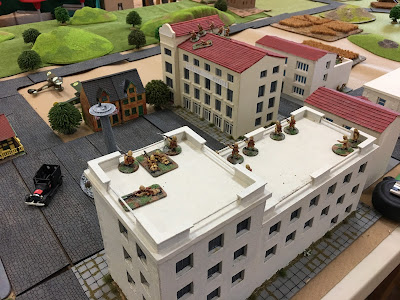 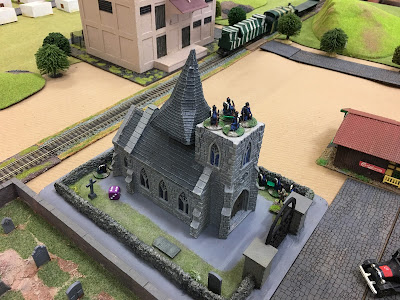 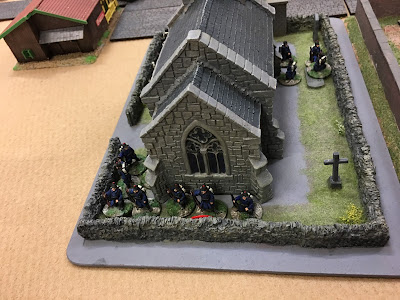 Not everyone was happy with the British being in Tcherbevan and pockets of resistance began to appear throughout Saturday which kept the British Forces and the ANP on their toes. 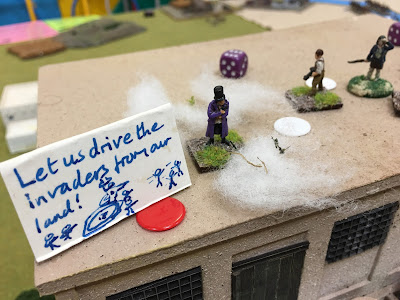 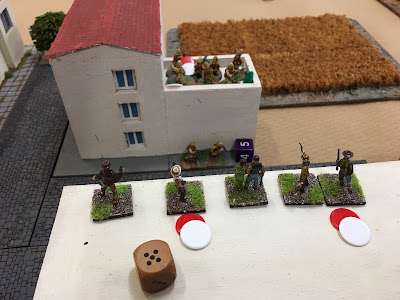 Another group appear in the Italian Embassy 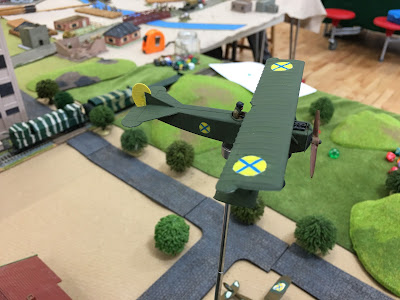 Andreivian Minister of War, Solomon Rubenstein (Tom Davis) takes to the skies himself! 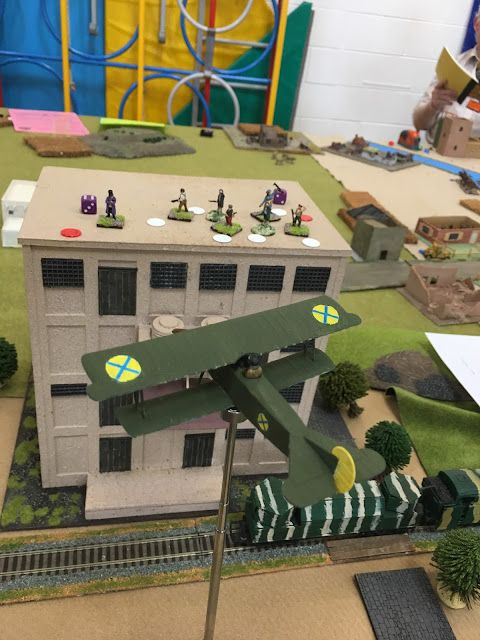 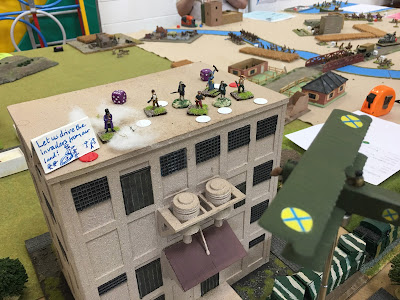 One of Solomon Rubensteins propaganda posters on the roof of the Mill tries to show the Revolutionaries the error of their ways! 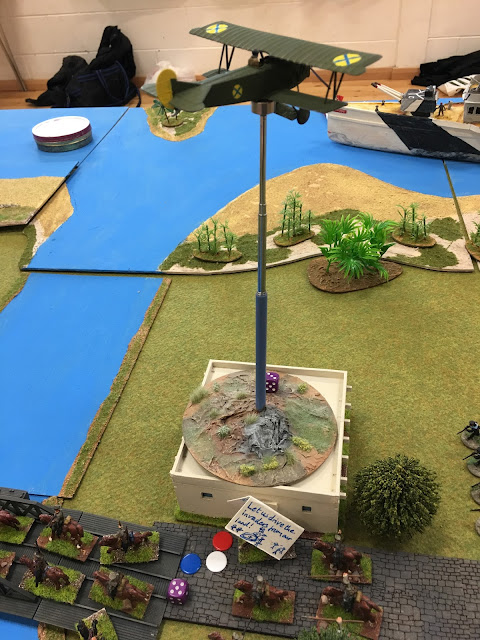 After strafing the Mill Solomon Rubenstein banked his aircraft and headed for the coast where an Expeditionary Force from the Transcaucasian Soviets had begun to advance towards the Capital. He dropped a bomb on the advancing cavalry but the bomb missed, or so he thought! Landing on the roof of a nearby building the blast caused a Propaganda sign to fall from the roof landing on the Cavalry Commander causing a wound. 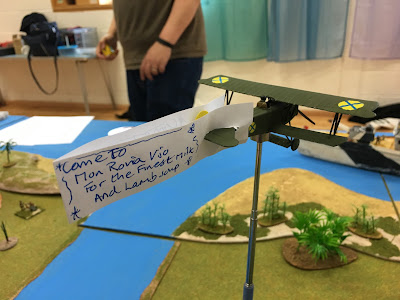 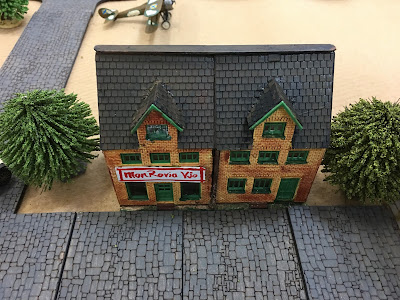 The Family Business, Milk & Lamb Soup on the menu. 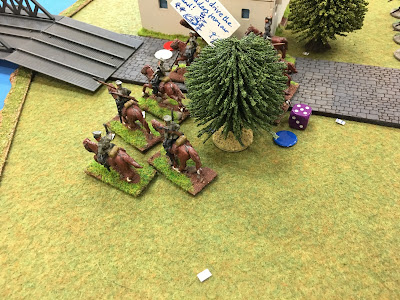 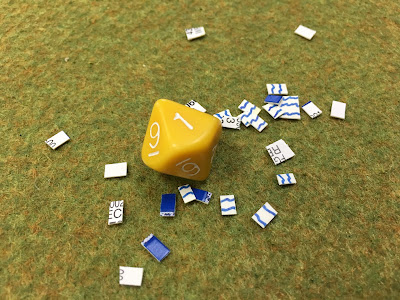 In the spirit of the game Russ P in command of the Transcaucasian Soviets decided to roll a TAC roll and if he rolled a 1 his cavalry would leave the table after seeing the error of their ways. Unfortunately for Russ he rolled a 1!!! 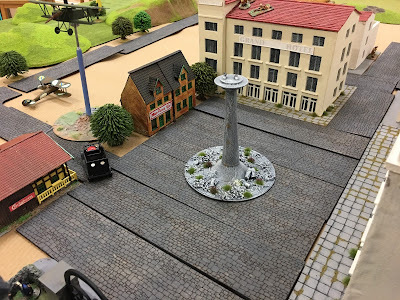 At the end of Day One the British and Andreivian forces had cleared the capital of German backed Turkish Freedom Fighters. The British were intact having only had one man wounded. The Andreivian Police had also had a good day only losing one man and three wounded.

Major General Spode took to his room at the Grand Hotel that evening and wrote a report for Whitehall. A good day all in all but tomorrow would see some heavy fighting as reports had come in of Cossack Cavalry to the north east and Turks to the south east. German and Turk forces had managed to flank the Dvimin Line and were now moving north towards the capital through the Southern Hills. Along with these reports came another report that Trans Caucasian Soviets were heading towards Tcherbevan from the west. Tcherbevan would be the scene of some heavy fighting and his small British force would be hard pressed to hold against overwhelming opposition. Some hope came in a report that stated Woosterforce was heading towards the capital from the Tuzhkur Valley but would they reach Tcherbevan in time.....